Spring Fever in the “Salon of the Republic”

Spring fever is awakening in the Czech university town of Hradec Králové not far from the Polish border – despite political uncertainty, palpable economic tensions and two drastic Corona years. Here, Kaspar Zehnder from Bern has been the principal conductor of the Hradec Králové Philharmonic since 2018. Read how he currently experiences the city, what motivates him and how he puts together the music programme in the interview with Angela Kreis-Muzzulini.

Apart from the fact that my wife is from Romania, my heart has been beating for Eastern European music since childhood. When I was in Prague for the first time, I felt totally at home in a very strange way. But I can’t say to what extent Eastern Europe will be more my focus in the future. I’ve learned that it’s less important where you do a thing than how, when and with whom. The Hradec Králové Philharmonic Orchestra with its 90 musicians will be my priority in the near future. I owe that to this committed, motivated and recently very rejuvenated orchestra on the Elbe (Hradec Králové is, so to speak, the first Elbphilharmonie!).

How do you feel in this historically highly interesting city?

I like being here, the area is not called the “Salon of the Republic” for nothing. My flat is on Smetana-Shore directly on the Elbe, opposite the Philharmonie. From the front door, cycling and walking paths lead into the beautiful surroundings of Bohemia’s groves and meadows. In the city itself there are many places to sit outside, there is a university here, many young people, a cathedral with a bishop’s seat, numerous museums, a municipal theatre, a modern concert hall (which, by the way, is in the same building as the municipal swimming pool and other sports facilities, just like in Biel) with excellent acoustics and in it a wonderful team on stage and behind the scenes as well as a curious and open audience, what more could you want?

How do you experience the city and region of Hradec Králové in these fragile times?

Of course you can feel the uncertainty, the fear of the economic consequences that are already looming: Inflation, threatening budget cuts everywhere. But apart from that, it’s slowly springtime here too, and you get to experience the joy of life just as closely as the need for a spiritual concert. We have many Ukrainians from the nearby refugee camp as guests in every concert. Several Ukrainian citizens play in the orchestra itself. If you think back to the time at the beginning of the pandemic, you can be proud of how professionally everything was managed here, without completely abandoning the most important thing, playing together. But it was not easy not to be able to travel to my orchestra for a total of almost a year as chief.

About the concert programme for Wednesday, 13 April 2022: You have placed Ernst von Dohnányi’s vocal work “Stabat Mater”, composed in 1953, between Ralph Vaughan Williams’ “Fantasy on a Work by Thomas Tallis” and Dvořák’s Symphony in D minor op. 13. What guides you in the programming of your concerts?

Most of the time there is a specification, a solo concerto, a soloist who is already fixed, or a special occasion in the year. Here, the Good Friday piece, the Stabat mater by Ernst von Dohnányi, was decisive. It is an enchanting, intimate, sensual late romantic piece for three soloists, two women’s choirs and chamber orchestra. We are fortunate to have a world-renowned girls’ choir on site in Hradec Králové, Jitro. Together with former members, they have expanded into a double women’s choir.

The multi-choir instrumentation gave me the idea of opening the concert with the “Fantasy on a Theme by Thomas Tallis” for string quartet and two string orchestras by the English composer Ralph Vaughan Williams. This is also a wonderful, spiritual piece, written for the acoustics of a Gothic cathedral.

And then Antonín Dvořák’s rarely performed Fourth: In the incomparable slow movement, one experiences Dvořák’s personal development, beginning in the early style, where he had taken up Wagner and Liszt, and ending as the unmistakable composer of the Stabat mater, the Cello Concerto or Rusalka. And there is also the transfiguration in the Fourth from the death key of D minor to the life-affirming D major, which fits very well with Good Friday and Easter, with F major (emblematic of nature) playing an important role in the transition, which in turn fits with Dvořák and his musical reflection on the Bohemian forests and hills.

Thank you for the interesting background information, Kaspar. I wish you and everyone involved an unforgettable concert evening! 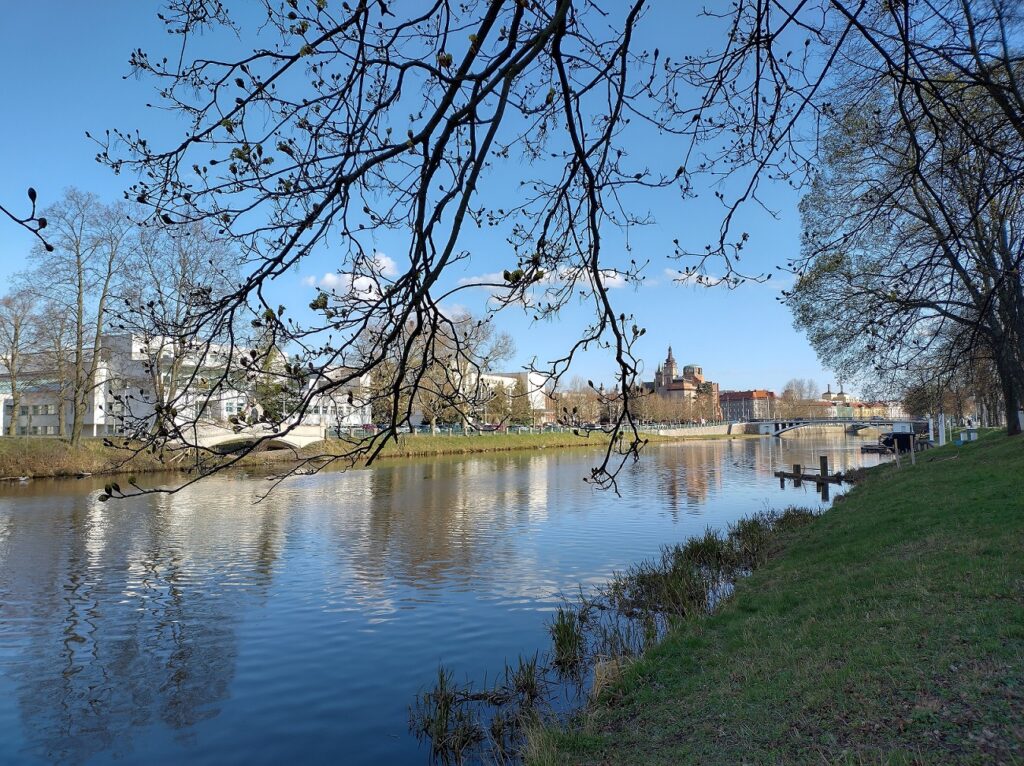