has been principal conductor of the Hradec Králové Philharmonic Orchestra (Czech Republic) since 2018. In the same function, he led the Biel Solothurn Symphony Orchestra (Switzerland) between 2012 and 2022. Previously, he was music director at the Zentrum Paul Klee (2004-2012) and, as successor to Jiří Bělohlávek, chief conductor of the Prague Philharmonia (2005-2008). From 1999 to 2021 he served as Artistic Director of the Murten Classics Summer Festival. In his birthplace of Riggisberg (Canton of Bern), he directs the cross-stylistic festival KlanGantrisch.

Milan’s La Scala as a gateway to the international stages

He feels just as much at home in the realm of opera as in the symphonic repertoire: his most recent repertoire includes Carmen, Les Contes d’Hoffmann, Le nozze di Figaro, Così fan tutte, The Magic Flute, Abduction from the Seraglio, The Diary of Anne Frank, La Damnation de Faust, Rigoletto, Traviata, Barbiere di Siviglia, Rusalka, Šárka (Janáček) as well as the world premieres of Jost Meier’s Marie and Robert or Fabian Müller’s Eiger.
Rusalka in Metz (Orchestre national de Metz) and Eugene Onegin in Massy (Orchestre national d’Île-de-France) are planned for the 2022/23 season. 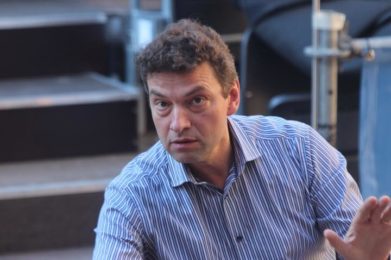 A flair for discoveries and rarities

Besides cultivating the standard repertoire as a conductor, discoveries and rarities complement his rarities complement his programmes. For example, Kaspar Zehnder celebrated great success with the Sinfonie Orchestra Biel Solothurn with the world premieres of Bartók’s opera Bluebeard in the chamber version by Eberhard Kloke (Biel Solothurn 2020/21) and the opera Eiger by Swiss composer Fabian Meier (Biel Solothurn, January 2022). The Theater Orchester Biel Solothurn’s (TOBS) production of Udo Zimmermann’s chamber opera Weisse Rose received the Armel Prize for Best Production in 2017 under Kaspar Zehnder’s direction and was subsequently sent to London, Oslo and Krakow.

The 2019 project “Soirée” with Magdalena Kožená, Sir Simon Rattle (at the piano), Andrew Marriner and other friends from Berlin and London has been released by Pentatone. In 2021, the world premiere recording of the six symphonies by the Swiss late Romantic composer Joseph Lauber (1864 to 1952), discovered by Kaspar Zehnder in the archives of the University of Lausanne, for the Schweizer Fonogramm label, as well as the Dvořák recordings with the Hradec Králové Philharmonic and the Bach trio sonatas for two flutes and harpsichord with his wife Ana Oltean and the harpsichordist Vital Julian Frey (Ars Produktion) received great attention.

He established his career as a conductor with the orchestras of Bern, Burgdorf and the Hochschule der Künste Bern. The activity with the young musicians awakened in him early a special interest in new music and mediation, which continues to this day.